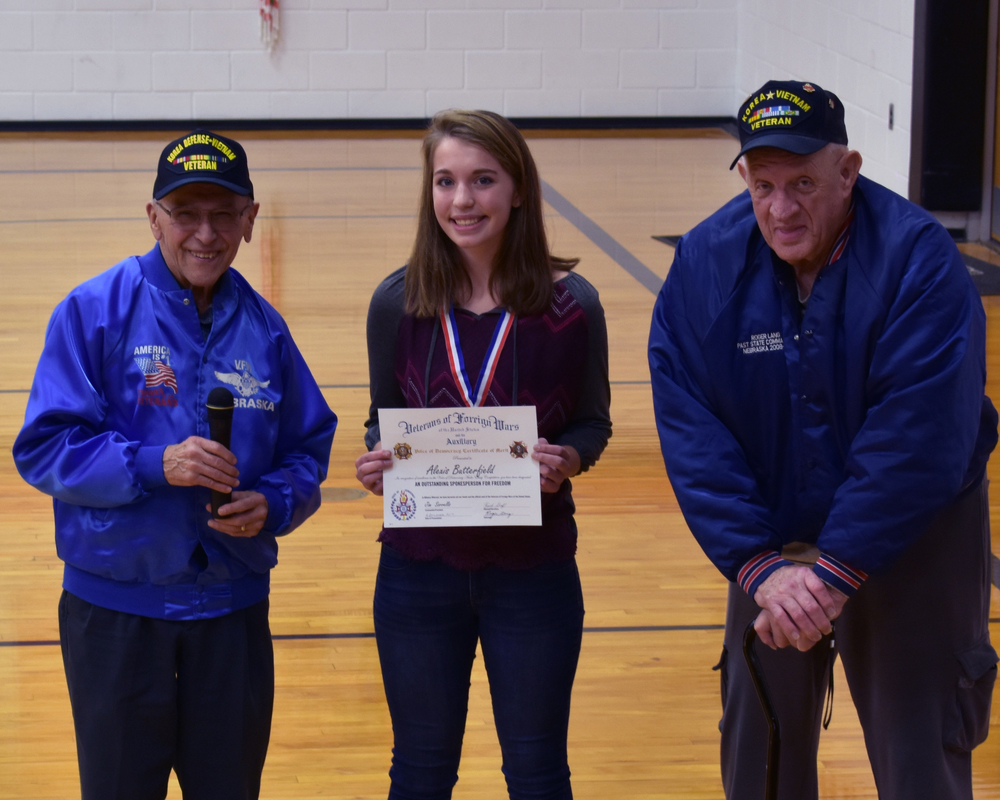 CHAMBERS, December 8, 2017—Alexis Butterfield, a freshman at Chambers Public School, was named the local first-place winner and recipient of a $60 award in the Voice of Democracy Scholarship program. Butterfield is the daughter of Trenton and Tina Butterfield.

Jenae Whitaker, an eighth-grader at Chambers Public School, earned third place and was the recipient of a $20 award in the Patriot’s Pen youth essay contest.  Whitaker is the daughter of Kyle Whitaker and Halie Forre of Chambers.

The Voice of Democracy is a worldwide audio-essay competition that requires entrants to write and record a three-to-five minute essay on a patriotic-based theme. “American History: Our Hope for the Future” was this year’s theme.

The National Association of Broadcasters (NAB) started the Voice of Democracy Scholarship program in 1947. The VFW became a national sponsor in the late 1950s and assumed sole responsibility for the program in 1961. The competition was created to provide students grades 9-12 the opportunity to express themselves in regard to democratic ideas and principles. Around 40,000 students participate in the competition each year and VFW awards more than $2 million in scholarships every year.

The VFW enacted the Patriot’s Pen youth essay competition in 1995 as a way to encourage young minds to examine America’s history, along with their own experiences in modern American society while improving their writing skills. Students in grades 6-8 expressed their opinions on democracy based on the theme: “America’s Gift to My Generation.”